Summary of the Hormone Balancing Diet trial I undertook in August 2014. The complete diary notes can be read here Diary and an explanation on why certain supplements, foods and methods were chosen can be read here: Female Hormone Imbalance Diet Introduction. Clicking on each day in the text below will also take you to the detailed diary notes for that day. 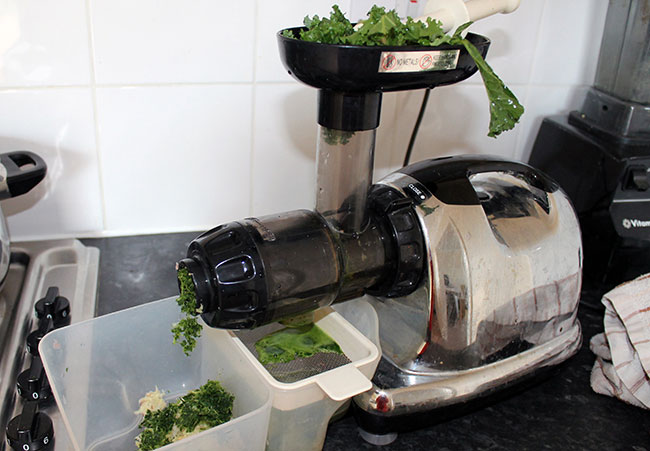 Topics Discussed in the Introduction

Day 12 of my menstrual cycle, near ovulation time. Usually estrogen levels are higher at this time.

Feeling energetic and upbeat, juice fast begins, lots of supplements, caffeine free. Drank some pasteurized juice today but from tomorrow it will be a LIVE juice fast, although I will eat a little bit of fatty foods since fat is needed for good hormone function.

I later found out how to calm down the heart palpitations.

Later note: The achy arms and legs (low grade fever) were likely due to celery intolerance (typical symptom for me) or lack of adequate protein eaten.

Foods: 2x half an avocado with rock salt.

Drank celery juice, which I later found out I was intolerant of. Headache was likely a tension headache.

In the afternoon began to feel moody, a little tired, slight cravings and back pain (maybe kidney). I decided to drink more water to help the kidney through detox.

Later note: Lack of protein can cause water retention, puffiness and other problems. Not eating often enough (and not enough quick-release or concentrated calories) can cause lack of energy and other probelems for some people (possibly to do with constantly low blood sugar levels).

These problems may have been just detoxification symptoms also, although most likely there were other issues at play at the same time.

This was in the middle of my cycle so could have been ovulation pain, caused by rapidly dropping estrogen levels. It may have been due to the watermelon juice (too sugary for me) or the celery eaten the previous day, since many of the symptoms match food intolerance and/or too-much-sugar (and too little protein) symptoms I later learned to recognise. My Chinese Doctor later suggested that these symptoms can also have to do with eating too many raw and cold foods (too little warmth in the body & food too difficult to digest).

Supplements: same as yesterday, plus zinc and vitamin C.

I drank way too few juices this day and possibly drank too little water also. Some people may thrive on fasts where very little calories are consumed but for me such 'starvation diets' seem to cause many problems, and eating low protein makes it worse.

Feel better in the morning, a little sore throat and phlegm/congestion still. Stopped taking most supplements. Still juice fasting. Stiff neck and shoulders. Felt good in the early afternoon, later had slight heart palpitations and lower back pain. Ate celery (allergen) again, and some cacao which has caffeine - I later found out I was very sensitive to both.

Does life start outside your comfort zone?

What you eat in the morning sets your cravings (or non-cravings) for the day.

Drinking spring water from now on instead of tap water. In the afternoon: flushed face, slight nervousness, heart palpitations, tense-feeling gums and teeth - maybe from a preservative (sulfur dioxide) in the dried mango slices I ate - as I later found out I seemed to be very sensitive to preservatives. Later: tense muscles, bad moods, fevery feeling, some breathing difficulties, tiredness.

Do I have low blood sugar symptoms and are they linked with low estrogen levels? (Note: blood sugar readings taken on a home meter showed no problems but sugar sensitivity can also be linked to parasites, mold overgrowth or stealth infections in the body.)

Felt well-rested after seven hours of sleep. Went to the seaside for the day, took bottles of live juice with me. Still juice fasting. Swam in the sea but it was more difficult to warm up afterwards than usual.

Broke the fast with butternut squash soup. Felt tired and got a throatache soon after eating it (probably because of the chicken stock in the soup - celery.)

Back from a weekend trip to the seaside.

No PMS symptoms yet so am more likely to have a low estrogen problem than too high estrogen. Menses are due in one week or so.

Wanted to return to juice fast but had strong cravings for fat. A less-strict diet was followed for six days, and I also drank some alcohol. This time of the cycle I find it almost impossible to resist cravings.

Are fat cravings a symptom of low estrogen since fats are needed to produce estrogen? Summary of some low estrogen research is provided.

Couldn't sleep well, mind was feeling weighed down for no particular reason.

Summarising Stephen Gilligan's research on the emotional 'soft spot' in the stomach.

Back on the Diet - Menses Start - Menstrual Cycle Day 1

Menstrual period started, day 28 of the cycle. Managed to get through the day without painkillers despite many difficult symptoms but using LOTS of different methods and remedies. This is unusual for me since I normally get very bad menstrual pain for two days and am forced to take painkillers. Long diary notes on this day.

Lots of nighmares. Lots of difficult symptoms from menses - but managed to get through the day without painkillers with plenty of effort: exercise, lots of supplements, lots of herbs, very clean diet, etc. Long diary notes on this day.

Summary of Progress So Far

A little juice fasting seems to have helped. Lenght of menstrual flow reduced. Supplements and herbs seem a powerful help. Menstrual pain drastically reduced in a short time, during-the-menses cravings almost non-existent, which usually are very strong. Bloatedness was perhaps worse than before. Gas and diarrhea reduced. Fatigue the same as usual, probably quite a bit less irritability and general feeling of unwell. No pain-killers needed, no grounding sheet needed (apart from during the night), no progesterone cream needed. Dehydration symptoms were still there.

Generally, I have found effective remedies to be: juice fasting (alkalising?), grounding sheets wrapped around the stomach, plenty of wild yam cream (but maybe not natural), strong angelica herb tea, movement & exercise, heat on the belly, acupressure points. The many other methods detailed in the diary may have had a very powerful effect too.

Close to ovulation time. Fourth day of juice fast. More details on supplements. Had a headache the previous day. Some negative symptoms from juice fasting, don't feel well in general. One negative symptom is a metallic taste in the mouth which may have been linked to being too alkaline. Some positives from juice fasting: less puffy face, good energy levels, more balanced moods, felt a little more mindful and focused. More detailed notes on supplements.

The metallic taste may be an indication that the body is too alkaline.

Slept 12 hours at night, had nightmares all night.

Thoughts on what lies behind my emotional triggers, cravings, feelings of being unrelaxed. Juice fast/ stress/ mindfulness...

Kefir may be too sugary. Cravings. Still a metallic taste in the mouth.

Came off the juice fast, fasted five days this time.

Note: One week's gap in reporting.

The metallic taste persisted for two days after quitting the juice fast.

Read 'Yoga of Eating' by Charles Eisenstein - a very good book to guide my health journey.

Feeling confused about my diet. Later realized that the main reasons for feeling uncomfortable on these diets were probably: too few carbohydrates, stress and food intolerances. What Causes Stress?

Flying to Finland. Managed to get through the journey without eating any airport food (took food and snacks with me).

One Week in Finland - Menses

Menstrual period started on day 28 of the cycle. There was almost no pain! Half a day of moderate pain on and off but no need for pain killers.

This was the least painful menstrual period I've ever had, and I couldn't quite understand why. A list of possible reasons is provided.

After this success, I fell off the diet, and a month later the menstrual pain returned. Headache problem also was not resolved.

Blood work results suggest some deficiencies. Protein and iron-rich foods may help reduce period pain also. I got glasses and they seem to help against headaches. Vitamin C megadosing makes me feel much stronger, but stops me from sleeping at night. Blood electrification seems to eliminate symptoms caused by eating sugar - may be related to aspergillus mold infection. Sugar intolerance seems to have gotten a little less severe.

Does fat cause problems in the body's ability to handle sugar?

Eating processed carbs, grains in general and chemical additives may increase cravings for these and other unhealthy foods.

Headaches came back so were not completely caused by eyesight issues, but they could have contributed. Realized that headaches were tension headaches. Decided on two new diet experiments to start in the New Year.

I later found out that I had histamine intolerance, so certain symptoms mentioned in the diary may have been related to that.

A doctor who examined me last spring thought that the menstrual cramps are due to irritable bowel syndrome, especially since they are accompanied by gas. She said that endometriosis and cysts may be there also, made worse by the IBS. She said I can have IBS even though I don't have diarrhea, gas or constipation problems at any other time than during the menstrual period.

I've began to take magnesium since it is said to reduce cramping and possibly to help with menstrual cramps. Read: Benefits of Magnesium (Long List).

Detailed notes on how my menstrual period changed during the raw food diet, which I did starting at the beginning of the new year 2012.

For future updates, please refer to the diet diaries as well as to: "Natural Health Remedy Library: 'Hormonal Problems, Women'".

Book: 'Sacred Woman: A Guide to Healing the Feminine Body, Mind, and Spirit' by Queen Afua:

Book: 'Endometriosis: A Key to Healing Through Nutrition' by Dian Shepperson Mills and Michael Vernon:

Book: 'Vitamins and Pregnancy: The Real Story: Your Orthomolecular Guide for Healthy Babies and Happy Moms' by Helen Saul Case:

Book: 'Heal Thyself for Health and Longevity' by Queen Afua: