Is Vitamin C an Ebola Cure in Megadoses?

An interesting report can be found on the VitaminCFoundation.org website, written by Dr. Robert Cathcart. According to him, ascorbate-producing animals do not usually catch or die from Ebola. The animals that do not make ascorbate in their bodies include: man, monkey, guinea pig and the bat.

"Since these species do not make vitamin C, it is easier for these diseases, by making massive amounts of free radicals which destroy vitamin C, to induce acute systemic scurvy and its resulting high fever, hemorrhaging, etc. (all the symptoms of scurvy). 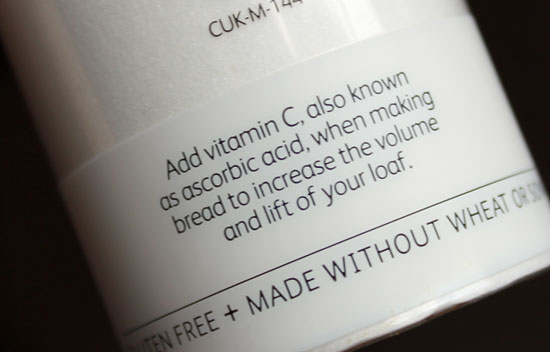 Dr. Robert Cathcart says that Ebola symptoms are nearly identical to acute scurvy, which is a serious vitamin C deficiency. Apparently such extreme deficiency produces bleeding all over the body.

He also states that both Ebola and Marburg virus "kill by the way of free radicals which can be neutralized by massive doses of sodium ascorbate intravenously". Sodium ascorbate is one form of vitamin C.

Orthomolecular.org reports in their article: Can Vitamin C Cure Ebola? that:

"People need to know that vitamin C is an option for fighting Ebola, and how it works. [...] Get the illness and, it is said, you have at best 50-50 chance of surviving without vitamin C-based therapy. [...] The clinical reports of vitamin C in viral infection are that if you get the dose right, you will survive. Vitamin C is known experimentally to inactivate viruses."

Steve Hickey and Hilary Roberts report on the same article:

"The mechanism of action of high dose vitamin C is known and understood. In normal healthy tissues it acts as an antioxidant. In other tissues, it generates hydrogen peroxide [...] This happens in sick and inflamed tissues, for example in a malignant tumour. [...] The oxidation and free radicals arising from the hydrogen peroxide kill bacteria and inactivate viruses. In other words, vitamin C acts as a bleach and antiseptic.

"Vitamin C is unique because it has low toxicity and can be taken safely in massive amounts. Other antioxidants and supplements will not have a similar effect. Do not be confused and think that Echinacea, for example, will help. Yes there may be supplements and herbs that provide a little immune system support, but this is Ebola we are talking about - get real!"

Although there is no proven Ebola cure, natural ways of improving your chances of surviving Ebola are popping up in various media sources.

First of all, there is much debate about whether Ebola can travel through air or not, and PontiacTribune.com reports that it can survive in air for a short distance.

In addition, Beforeitsnews.com reports that a Liberian doctor has used Lamivudine, an antiviral medicine to reportedly to cure 13 out of 15 of his Ebola patients.

I don't know if these sources are trustworthy - you can decide for yourself by reading the original articles, as referenced below, and by performing further research.

Further important information on how to increase your chances of safety in the case of an Ebola outbreak here: Ebola Virus Information.

Dr Mercola published an article on Oct 26th, 2014, announcing that Dr. Robert Rowen had been invited by the President of Sierra Leone to treat ebola victims with a combination of oxidative therapies, including ozone, ultraviolet blood irradiation, and high doses of vitamin C. Dr. Rowen says that he is confident that they will cut the ebola threat rate but in another sentence says that he does not yet know whether the treatment will be effective, since ebola is a virus unlike his ever seen before.

He also states that if the treatment is effective, it may not make the news because there are financial interests from large companies who will suppress the information.

Ozone is extraordinary in terms of its anti-infective and anti-viral action, Dr. Rowen says. It fights both viruses and bacteria. It inactivates viruses 10 times faster than chlorine, he says. It can be hard on the lungs, however, so the methods of administering should avoid this problem.

Ozone water purifiers can be used to make ozonated water which can then be administered rectally "for whatever condition you have", Dr. Rowen says. "Ozone is the most powerful natural oxidant in the world."

Ozone works by "modulating" the cytokine storm your body releases as a response to the virus, and it also enables more energy to get into your cells. "Oxygen is one of the most important things your body needs for tissue healing when you are riddled with infection", Doctor Mercola writes.

While vitamin C is an antioxidant, it promotes the production of superoxidase dismutase (SOD), which gets converted in the body into hydrogen peroxide [which is an oxidant]. (6) SOD also is a type of super-antioxidant.

So, confusingly, both oxidants and anti-oxidants are helpful in fighting disease, when used correctly.

Ozone Solutions website writes: "Ozone, (O3), sometimes called 'activated oxygen', contains three atoms of oxygen rather than the two atoms we normally breathe. Ozone is the second most powerful sterilizer in the world and can be used to destroy bacteria, viruses and odors. Interestingly ozone occurs quite readily in nature, most often as a result of lighting strikes that occur during thunderstorms. In fact the 'fresh, clean, spring rain' smell that we notice after a storm most often results from nature's creation of ozone." (Ozonesolutions.com)

Disclaimer: Note that I am not personally making any claims about cures for Ebola or other viruses and diseases but providing material from others for readers' consideration. Please refer to the original articles to ensure accurate and complete information. This summary is for informational and news purposes only.

(1) Orthomolecular.org: "Can Vitamin C Cure Ebola?"
(2) VitaminCFoundation.org: "Ebola and Marburg Virus"
(3) PontiacTribune.com: "CDC Criteria for Ebola Transmission: 'Being Within 3 Feet' or 'In the Same Room' Can Lead to Infection"
(4) Naturalsociety.com: "What They're Not Telling You: Natural Ways to Fight Ebola"
(5) Beforeitsnews.com: "Liberian Doctor Curing 86% of Ebola Patients! ..."
(6) Dr Mercola: Ozone Therapy: A Possible Answer to Ebola?