This was her first speech since being appointed to the position as she spoke in Amsterdam in an event hosted by an international Think Tank: the Transnational Institute. 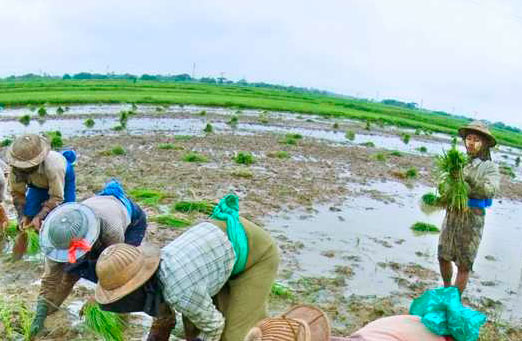 "Empirical and scientific evidence shows that small farmers feed the world. According to the UN Food & Agricultural Organisation (FAO), 70% of food we consume comes from small farmers. [..] This is critical for future agricultural policies. Currently, most subsidies go to large agribusiness. This must change. Governments must support small farmers", Hilal Elver said. (1)

In her speech, Hilal Elver explained that the 2009 global food crisis was a sign of a need for a turning point in the global food production. The problems in modern agriculture since the 1950s have been that it's resource intensive, very fossil fuel dependent, uses fertilizers and is based on massive production.

She also said that new scientific research increasingly shows how 'agroecology' can meet the rapidly-growing demand for food in the world, and it can do this via sustainable methods. (1)

Agroecology is the study and practice of sustainable agricultural ecosystems based on traditional knowledge and local food systems. It seeks to support healthy environments and viable food and farming communities. (2)

"As rural people are migrating increasingly to cities, this is generating huge problems. [...] If these trends continue, by 2050, 75% of the entire human population will live in urban areas. We must reverse these trends by providing new possibilities and incentives to small farmers, especially for young people in rural areas." - Hilal Elver (1)

Dr. David Fig, a spokesman for food sovereignty and sustainable agriculture, commented: "We are being far too kind to industrialised agriculture. The private sector has endorsed it, but it has failed to feed the world, it has contributed to major environmental contamination and misuse of natural resources. It's time we switched more attention, pubic funds and policy measures to agroecology, to replace the old model as soon as possible." (1)

Prof. Sergio Sauer said: "Generally, nobody talks about agroecology, because it's too political. The simple fact that the FAO [UN's Food and Agriculture Organisation] is calling a major international gathering to discuss agroecology is therefore a very significant milestone." (1)

(1) The Transnational Institute: "UN: Only Small Farmers and Agroecology Can Feed the World"
(2) Agroecology.com