Will It Magically Heal You To Stop Eating For Seven Days?

I suffered seven days without food, just water, fueled by the many promises of water fasting being a rejuvenating experience, allowing the mind, body and spirit to rest and become stronger. I had just given my final presentation to qualify as an architect, and was exhausted and not in my best physical shape after much computer staring late into the night. Two 'promises' of water fasting especially appealed to me: reportedly it allowed the central nervous system a deep rest and was also able to eliminate food allergies and intolerances - at least for some people. 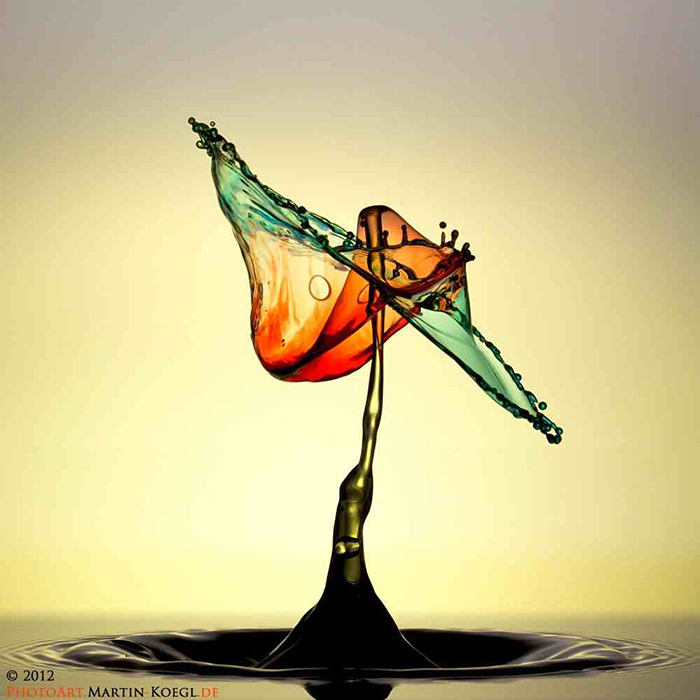 On the first day of the fast I thought I was getting away with it easily. My previous experience with juice fasting had ill-prepared me for water fasting. During many fruit and green juice fasts I had found it relatively easy to continue a normal daily life - I cycled to work, socialised, and went on daytrips, without too many problems.

On the first day of the water fast I attended a meeting and took a train trip to London, and felt only slightly less energetic than usual.

Much to my surprise, there was no hunger. I had fully expected the hunger pangs to be one of the toughest aspects of the fast to deal with. However, hunger was non-existent and the cravings were also to prove to be the easy part. It turned out that water fasting was a very different 'animal' altogether from juice fasting.

On the second day of the fast I felt optimistic in the morning as I had slept well, my pulse was low and steady, and I was starting to show some signs of slightly rejuvenated appearance. My lower abdomen was flatter, and there was no pain or hunger.

Before midday, however, I began to feel nauseous, shaky and unsteady on my feet. My body went through hot and cold flashes and sweat, and I began to think that food detox might not be that dissimilar from the way drug withdrawal is typically portrayed. My heart began to beat faster, pounding heavy, and I felt thirsty but worried to drink too much water in case I overdid it. I felt restless and weak to a degree that writing on a (paper) notepad felt like much too much effort.

At points I was still able to do some slow and light housework. It helped to focus on something else than the physical feelings of my body. But I couldn't keep it up for very long before I had to lie down to rest again. Simple yoga moves also felt harder than ever to do.

Some of the symptoms cleared up by the afternoon, and little aches and pains started to appear over the next days. Most of these were quite short in duration, and kept changing, which to me indicated retracing of old symptoms or healing of current imbalances. I figured that if the various types of pain - lower back, upper back, legs, gums, head, throat, ear, chest, lower abdomen, etc. - were somehow due to a deficiency or the body suffering from the fast, they would continue and get worse, not suddenly appear and then disappear again. This was one of the most encouraging thoughts during the fast.

By far the worst part of the fast was my mental state. Whereas I had - perhaps naively - expected to feel clarity of mind after day two or three (after ketosis had fully kicked in and my body had adjusted to burning fat reserves for energy) - this was not to be. I didn't experience anything remotely akin to spiritual benefits. Instead, an extremely bored, uninspired, and demotivated mindstate persisted through the full week, which was in stark contrast to the enhanced and inspired mental state and intellectual abilities I had at times enjoyed during juice feasts and raw food diet trials.

Feeling mentally down was definitely the toughest part to deal with as I had expected to spend the week relaxing reading books, perhaps writing, or studying various topics on the internet or in documentaries. Instead, I couldn't read much as it seemed to require too much mental energy. Whereas I usually like to stay active and love reading books, for the week of the water fast I changed into a completely different person, I had absolutely no motivation for anything even slightly intelligent. Walking outdoors was a welcome break from lying down but required a huge physical effort and quickly caused shortness of breath. Gentle walking around the house caused heart palpitations too and my pulse stayed elevated throughout the fast.

"Anything I do feels like I'm just mechanically going through the motions - my mind refuses to engage." - Day 4, Water fasting diary

In some ways, however, I got away with the water fast easier than other people have. Some of the diaries I read told of vomiting, severe pain, and insomnia, none of which I had to endure. I didn't even have much headache and I did manage to go to shop and get some work done on the computer, albeit with much effort and sleeping in between. And the days towards the end did feel easier, on the last two mornings of the water fast I felt almost normal.

Surprisingly, there are also diaries online explaining how the authors were water fasting but able to carry on life as usual, including work, meetings, and daily workouts. Are these genuine accounts, I wonder? My experience was certainly very different. Generally fasting experts say that it's very important to rest and not do much physical activity while water fasting to prevent the body from breaking down muscle mass for energy.

The question I keep asking myself is: Was it all worth it? As an experiment in will-power, and as a way to jump-start a new healthy eating habit, I think I am happy now to have gone through it. I did come out of the semi-dead state looking more youthful, but was not 'reborn' quite as vibrant and healthy as I would have wanted to.

Benefits included losing a phenomenal 10kg (1 stone 8 lbs/ 22 lbs) of weight in 7 days (few of which came back as soon as I'd had my first few meals), brighter eyes, flatter abdomen, much enhanced sense of smell, less bloatedness, and some unusually nice sensations when the happy hormones began to flow again after breaking the fast. Apart from that, honestly, I have no idea if my mind, body and nervous system has benefited or not.

Some further benefits, I hope, will become clear over time, especially in cases where underlying illnesses have been remedied. However to my disappointment the food intolerances and allergies did not clear, and I made the mistake of eating chillies on day 2 after the water fast, which caused me to lose the bright eyes and brought back some puffiness (due to a newly-discovered nightshade allergy).

So will it magically heal you to stop eating for seven days? Much research and traditional knowledge seems to indicate that it can, especially when it comes to so-called 'diseases of the rich', which are those to do with excesses in food consumption. Douglas J. Lisle and Alan Goldhamer, authors of 'The Pleasure Trap', list under such diseases all the big-league killer diseases of the wealthy countries: cancer, heart disease, diabetes, and others. In fact, according to them, they are not so much diseases as they are conditions, the body's way of trying to cope with excess toxins and unrealistic energy demands (as digestion requires a lot of energy).

"The real culprits in most modern-day health problems are excesses, not deficiencies. It is the substraction of these excesses that will solve most of the problems, not the addition of medications and supplements." - Lisle and Goldhamer in 'The Pleasure Trap'

Yet, my first impression as I emerge from my week of dullness is that not much has changed. My skin isn't radiant - probably because I didn't fast in a sunny health resort - my eyesight has not magically improved, and I still have a benign fatty tumour in my belly which apparently didn't get eaten up for energy by my body.

Neverthless I do believe, based on so many expert and lay testimonies, that water fasting can indeed magically heal you, however, you may need more than seven days and, then again, it may be partly down to chance.