Zero Deforestation of Brazil's Amazon by 2020 a "Feasible Goal"

"Brazil's success has shown that a large, rapid reduction in deforestation rates is possible", The Solutions magazine reports. "[Brazil] has cut deforestation in the Amazon by 70 percent, compared to the average level in 1995-2005, making zero deforestation by 2020 - or even sooner - a feasible goal." (1) 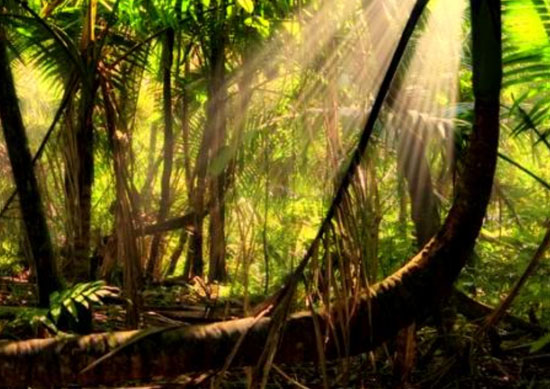 The deforestation of the tropics became a global concern around 1950s, yet for decades 'saving the rainforest' pleas had no real effect. In the early part of the 21st Century a dramatic change took place as greenhouse emissions from land-use change fell rapidly. Almost all of these emissions had since 1961 come from tropical deforestation. The greatest decrease in deforestation since then has been in the Amazon, and specifically, in Brazil. (1)

"In a few short years, a large - indeed, historic - change has occurred. If Brazil's success can be duplicated elsewhere, most of us living today could witness the end of thousands of years of deforestation in our lifetimes." (1)

In 2008 'Zero Deforestation' campaign was created as different organizations representing forest peoples and urban environmentalists began to work together. The group exerted strong pressure on the Federal Government. Later, the Amazon Fund was established. (1)

Amazonia is the world's largest tropical forest and currently about 80% of the basin's forest remains intact. Brazil contains about 60% of the entire Amazon's forests. Now just over half of the forest in the Brazilian Amazon is protected in some form. The protection of indigenous people's territories has played a critical role in conservation. (1)

Despite these successes, the challenges to saving the Amazon rainforest are still very real: Brazil still has the world's highest annual area of tropical deforestation, with cattle ranching being the highest driver. The consumption of Brazilian beef in both the domestic and international markets has steadily grown over the years. The temporary prohibitions (moratoria) that were put on place on the soy bean industry are also under threat. (1-4)

Thus the fight for saving the Amazon rainforest continues.

But the good news here is that rapid progress is possible through civilian action in collaboration with NGOs and governments.

"Ultimately, [...] it is the change in politics of the issue that has made progress possible, and for this, Brazilian civil society deserves most of the credit. the indigenous peoples, rubber tappers, labor organizers, environmentalists and other members of the broad social movement to end deforestation, made it possible and ultimately necessary for politicians and businesses to act. they have done a great service not only to their own country, but also to the climate and biodiversity of our entire planet." (1)

John Perkins: "The World Is as You Dream It", book summary, a story about the Amazon rainforest traditional medicine

Return from: "Zero Deforestation of Brazil's Amazon by 2020 a "Feasible Goal" to Homepage
Copyright © cheap-health-revolution.com - All rights reserved.