Japanese Professor Teruo Higa writes in his book, 'The Earth Saving Revolution', that he has discovered a group of microorganisms which are anabiotic, i.e. regenerative. These microorganisms are able to purify air and water, intensify plant growth and produce large amounts of nutrients. In addition Teruo Higa says that they effectively clear radioactivity, improve human gut health and can triple the yield of rice fields. He states that they can even make infertile land fertile again. 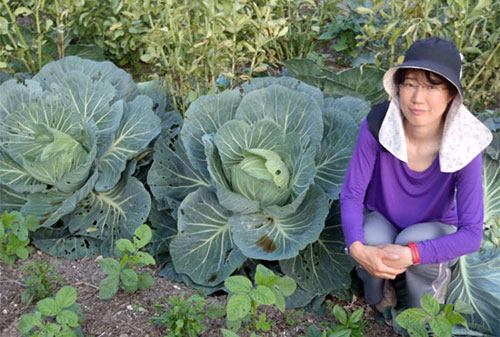 Prof Higa has found that what he calls 'effective microorganisms' (EM) are bacteria, yeasts, fungi, etc. that are able to dominate other microorganisms, thus orchestrating various beneficial changes in their environment:

"While it is perfectly true that soil contains so many myriad microorganisms it is virtually impossible to grasp just how many of them there are, it is also true that the vast majority are opportunistic in nature; that is, they display distinct follow-the-leader tendencies which make them conform to the actions of the dominant strains in the group. In other words, it is the dominant group of microorganisms in the soil which determine whether it becomes regenerative or degenerative.

"There is an on-going struggle for supremacy between the few most dominant strains, and the other millions of microorganisms simply await the outcome and then adapt and go along with the characteristics of the visitor. [...]

"All that is required is to create environmental conditions which encourage anabiotic strains to proliferate." (1)

The potential practical applications of such lifeforms for human life are vast:

"I believe I have identified a way of tackling and solving the primary problem of the food supply, and it lies in making use of the tiny creatures I call 'effective microorganisms'.

"Not only does EM seem to offer a solution to another of Earth's currently pressing problems, that of global environmental pollution, it also promises beneficial results in the area of medical health, and research is currently progressing into the application of EM in both these fields." - Teruo Higa (1)

"...used for agricultural purposes, EM has the ability to turn any type of soil, deserts included, into good, arable land capable of producing harvests many times greater than the current yield, and this totally without the use of pesticides, agricultural chemicals or artificial fertilizers of any kind. It might be immodest on my part to make such a claim, but the agricultural use of EM would seem to provide the ideal natural method of organic farming we have been dreaming about for so long..." (1)

Teruo Higa states that this is a technology which is already becoming established as one of the trends in the "newly unfolding history of humanity". (1)

Using effective microorganisms to clean the environment, to improve human health and to increase the efficiency of food production is not only possible, according to Teruo Higa, it is already happening:

"There are now several thousand organisations that are intentionally using EM, over 15% of Japanese Schools make use of EM in some form or another, several million people are using EM, and the number of local governments actively using EM is increasing." (3)

Prof. Higa explains that effective microorganisms have been shown to deal with radiation exceptionally well. However, the cleaning up of sites around the failed Fukushima power plant has been left for volunteers to do.

"Since from the beginning EM exhibited an unbelievable power, it has been entirely blocked by this governmental barrier, and dragged into an endless battle with a numbing array of stereotyped thinking and vested interests. So the choice that has arisen from this is a kind of third way, relying on selfless volunteers to change the world." - Teruo Higa (3)

"Even now, twenty-seven years after the nuclear accident in Chernobyl, fundamental solutions to their problems have not been firmly established. The institute of Radiobiology, National Academy of Sciences of Belarus, the nation that suffered from the accident, has finally recognized the effectiveness of EM, and has begun to apply it as part of national policy. The past two years have shown clearly how effective EM is in dealing with radiation, and by last October we had set up EM-1 logistical centers in twenty-eight locations within Fukushima prefecture. Each center has a system to produce large amounts of Activated EM-1 and respond to the requests from residents in each locality. Three more centers have been created since then, and several more will be set up this year, with the ultimate goal of having 40 total centers that cover all of Fukushima." - Teruo Higa (3)

More of Teruo Higa's books are published in Japanese, some of which are translated into German.