Speaking the Cheltenham Science Festival, Prof. Vincent Walsh stated: "If we want people to be more creative, we need people to be able to do less." Sleeping 30-90 minutes in the afternoon can improve creativity, he explained.

Vincent Walsh is a professor at the University College London, a well-known cognitive neuroscientist with a keen interest in the study of creativity. 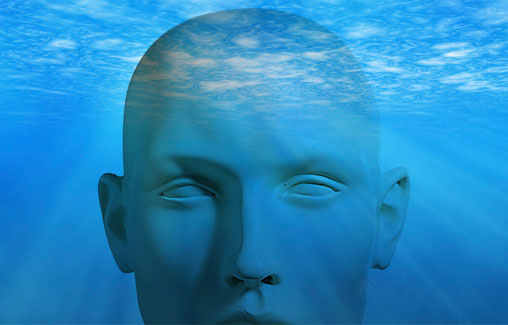 Science has shown through brain scanning associated with sleep that giving your mind space to get into a relaxed state is important for building new neuron connections, Prof. Walsh says. Your brain forms new neural connections between existing knowledge and memories, and thus new ideas are created.

Alpha brain wave state is when the brain is at its most creative level, according to Prof. Walsh's research, and it can't be forced by your managers at work or by focused 'brain storming'. Time limits, group thinking and trying to focus can be detrimental to creativity, whereas well-rested brain, showering, exercise and daydreaming will help generate ideas.

The other problem with trying to be creative through group-work is that new ideas are notoriously difficult to communicate, and thus private time to work through the ideas before presenting them to others can help.

In addition, Vincent Walsh suggests that allowing employees to set their own work times would increase productivity: "Let people come in when they want. If they want to work through the night, let them."

Staff should be allowed to also take naps to boost productivity and creativity, Vincent Walsh says: "We have become obsessed at sleeping only during the night" and "It's only since the Industrial Revolution that we have been obsessed with squeezing all our sleep into the night rather than having one or two sleeps through the day."

His research suggests that if you are a workaholic, you are reducing your brain's capacity to come up with good ideas.

This confirms what our bodies have been trying to tell us all along: that 'chilling out' is good for the mind.

How to Sleep Less: Biphasic sleep may be more effective form of rest
Theories on the creative, right brain hemisphere