Have you heard of the connection between vitamin C and heart disease before? Has anyone told you that a high intake of vitamin C - in conjunction with other key nutrients - could prevent heart attacks, angina, atherosclerosis, high blood pressure, high cholesterol and other problems associated with cardiovascular disease? 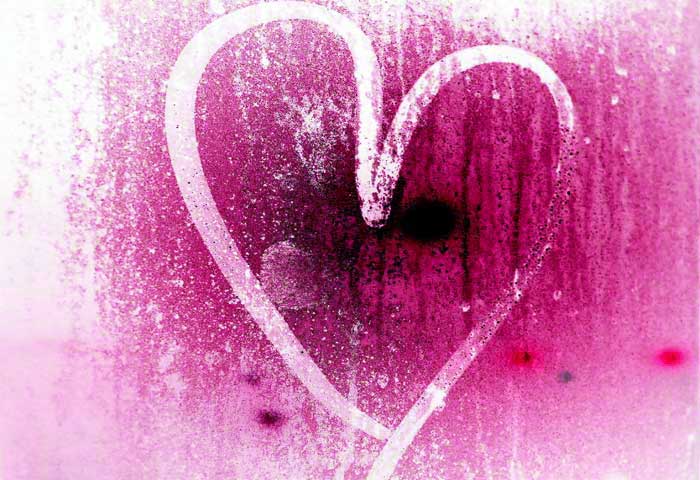 Dr. Matthias Rath puts forward an interesting argument, which basically claims that cardiovascular disease is a problem at the cellular level, where the cells of the body are starved of nutrients and, as a result, the strength of the blood veins suffer. He admits that genetic and metabolic factors do play a role in heart disease as well, but links these risk factors to nutritional deficiencies also. His initial research and publications were based on his collaboration with the two-time Nobel Prize winner, Linus Pauling.

This article is based on Dr. Matthias Rath's book: "10 Years That Changed Medicine Forever" (2001)

Sailor's Disease, later called scurvy, used to plaque sailors until a Scottish physician, James Lind, started providing lime and lemon juice to the sailors in the 18th Century. Scurvy causes weak blood vessels and death from massive blood loss through bleeding inside and outside of the body and is now recognised as vitamin C deficiency. However, it took the British Admiralty more than 40 years to put this discovery into practice, and meanwhile old dogmas about the mysteries of scurvy persisted.

Until the middle of the 19th Century epidemics of plaque, cholera, smallbox and others were considered a curse from heaven. This was until the French chemist, Louis Pasteur discovered the existence of microorganisms by using a microscope. In addition, he not only discovered germs that caused rabies but also developed a vaccination therapy for it. This paved the way for the later discoveries of germs that caused tuberculosis, cholera, diphtheria and tetanus. We can also thank him for paving the way to antibiotics. Pasteur was initially discredited by the French medical academy, however, because he was a chemist, not a doctor.

Whereas Pasteur's work was ground-breaking for the understanding of infectious disease, the German physician Rudolf Virchow found out in the 19th Century that the cause of non-infectious diseases were malfunctioning cells. In fact it was Virchow who discovered that the human body was made of millions of cells in the first place. He published a book entitled 'Cellular Pathology' in 1858. Until then it was generally believed that disease was either caused by evil spirits or bad blood.

The understanding of cell health, however, took a new turn when Dr. Matthias Rath in collaboration with Linus Pauling came to understand that the most frequent cause of malnutrition of the cells was a lack of bioenergy molecules, which were carried by vitamins and other essential nutrients.

The two-time Nobel Prize winner Linus Pauling told the then-young medical doctor, Matthias Rath, that if he wanted to be good at his profession, he should do research first. Rath took the advice and began to research cardiovascular disease. He soon came to understand that lipoprotein(a) was ten-times greater risk factor for heart disease than cholesterol. He also observed that there were no drugs able to lower this risk factor.

Lipoprotein(a), Rath found, worked like an adhesive to enable bad cholesterol to get deposited into the cracks of artery walls.

With continued research, and helped by Linus Pauling, Matthias Rath came to understand that the sticky lipoprotein(a) was only found in humans and other species who had lost their ability to manufacture their own vitamin C. And eventually he conducted a clinical pilot study which showed that vitamin C was able to lower elevated lipoprotein(a) levels.

However, in 1987 "vitamin C was considered quackery and no reputable medical institution was even willing to consider conducting clinical studies with vitamins", Dr. Rath reports. As a result, many prominent researchers rejected the lipoprotein(a)-vitamin C connection as a crazy idea. In 1990 Rath and Pauling published their research findings in a paper for the National Academy of Sciences, USA. After being rejected by other journals, they published their findings in the Journal of Orthomolecular Medicine.

The scientific research communities as well as the media kept quiet about the matter, and Dr. Rath's attempts to inform pharmaceutical companies about the findings also met with silence.

In April 1992, however, the Time magazine printed a cover story entitled: 'The Real Power of Vitamins: New Research Shows They Might Help Fight Cancer, Heart Disease and the Ravages of Aging.' Dr. Rath explains that despite enjoying pharmaceutical funding and possibly censorship, the Time article was "truly a watershed event" in the century-long battle between the pharmaceutical companies and health products. "After decades of bias and boycotts against vitamins in the media, it was this Time magazine article that would change medical journalism about vitamins forever," Rath states.

However, after all the negative experiences Matthias Rath had had with doctors, scientists, pharmaceutical companies and other players, he decided that they should go directly to the people with their message. In July 1992 Linus Pauling and Matthias Rath gave a keynote lecture to the general public announcing the medical breakthroughs, hosted by the Canadian 'Journal of Orthomolecular Medicine'.

After Linus Pauling died in 1994, Dr Rath went onto write books: 'Eradicating Heart Disease' and 'Why Animals Don't Get Heart Attacks' were later summarized under: 'Cellular Health Series: The Heart'.

"Never before was deficiency of cellular energy described as the primary cause of an entire group of diseases, including high blood pressure, heart failure, diabetic circulatory problems, and others." - Dr. Matthias Rath

In 1995, Rath reports, half of the people in the United States were taking vitamin supplements, whereas in Europe it was a mere 0-5% of the population, depending on the country. Realizing this, Dr. Rath expanded his message to address Europeans more directly.

The pharmaceutical companies had been trying to fight the 'vitamin revolution' through financial and legal means, but millions of Americans made it clear to their political representatives that they wanted free access to vitamins, and in 1994 the U.S. Congress passed legislation preserving free access to vitamins and other essential nutrients. This was the 'Dietary Supplement Health and Education Act' (DSHEA). (Rath references a book by Thomas Moore entitled 'Deadly Medicine' as a reference to better understand corruption in the FDA (The US Food and Drug Administration)).

The pharmaceutical companies then began a worldwide attack, trying to abuse the United Nations' 'Codex Alimentarius' (food standards) Commission, and intending to get any natural health claims banned in all UN member countries, according to Dr. Rath. Despite Dr. Rath's efforts and some notable successes in freeing the vitamin discourse from the grips of these giant corporations, the fight is still ongoing today.

If high cholesterol levels were the culprit to cardiovascular disease, clogging would occur along the entire length of the blood vessel system, Dr. Rath reasoned. But 95% of all clogging was seen in one organ - the heart. Following this line of though further, Dr. Matthias Rath realized that the heart was the only organ that was under high stress from movement - the coronary arteries on the surface of the heart were squeezed flat every time the heart pumped.

He eventually concluded that the stability of the artery wall itself determined whether someone had a heart attack or not, and collagen, which strengthens the artery walls, was key. But the production of collagen molecules in the body primarily depended on the supply of available vitamins and other essential nutrients, like the amino acids lysine and proline.

Rath came to determine the cause of a heart attack to be the combination of stress on coronary arteries and a vitamin deficiency. And since the first factor could not be changed as long as the heart had to keep pumping, he then concluded that heart attacks were the result of vitamin deficiency. He also later found that the genetic and metabolic risk factors that played a role in the build-up of atherosclerotic deposits were also all connected to a vitamin-deficiency.

Cardiovascular disease is an earlier version of Scurvy, Dr. Rath writes. Vitamin C deficiency leads to a weakening of the arteries.

"Ever since James Lind showed that lime and lemon juice prevent scurvy it was clear that vitamin C would stabilize the artery wall and therefore also protect it against the damages of cardiovascular disease." - Dr. Rath

Health has to become a human right and the information needs to be available to everyone, Rath envisages.

Note: If you have a history of heart disease or cardiovascular disease, please check the dosages of vitamin C and synergistic nutrients needed to reap the optimal benefits of these findings. You may choose to work with an orthomolecular or a functional medicine practitioner. As these are potentially serious diseases and because everyone's situation is different it is also important to be diagnosed by your current doctor.