Raw Food on a Budget

How to eat raw food on a budget? This is a key question for me not only because I am on a small budget myself but also, because I think it is important that everyone should have an equal opportunity to benefit from the good health raw foods can offer. Eating raw can be extremely expensive if you make it so, after all it means using the freshest and cleanest food ingredients in the world. 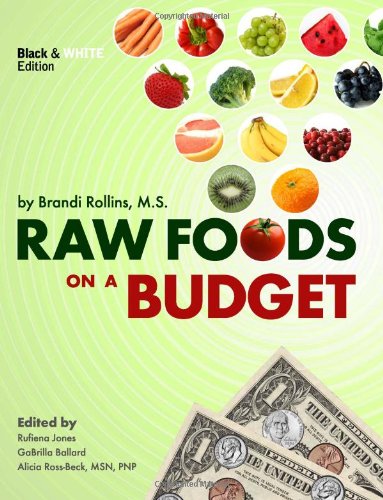 But....
It can also be extremely cheap. Perhaps not as cheap as eating beans on toast all day and every day but not much more expensive. And - in addition - the health benefits are worth gold, unlike on a beans-on-toast -diet!

I have to be honest, though. I have lived on a very cheap raw food diet and it is possible - as you will see in the diaries below. And I have experienced many health benefits, but challenges as well. Hopefully these diaries will provide some ideas for you - and perhaps also information about the pitfalls to avoid. One of the reasons I definitely think makes it cheaper to live on raw foods is having plenty of micronutrients, which can make your calorie-needs less - at least it has done in my experience.

In conclusion, I think it is fairly easily - and comfortably - possible to eat with as little as £3.50 ($4.33) per day while 100% raw BUT it will not satisfy the calorie needs of your body which may make you tired, moody and malnourished either straight away or in the long run. My 100-day challenge was to eat a healthy and balanced 100% raw food diet, while being comfortable and even indulging on pricier raw treats sometimes. The main objective was to strive for ultimate health and energy, the secondary one was to do so cheaply. 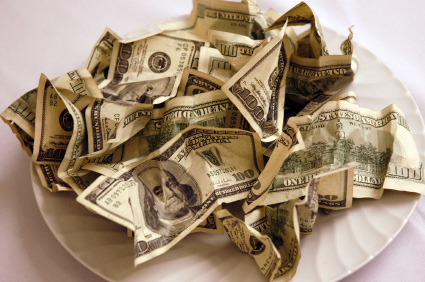 Raw Food on a Budget: Making Sure to Eat Enough

Why do I say one can comfortably eat with as little as £3.50 ($4.33) a day, even if it is too little food to stay healthy?
It is not that your appetite on raw foods goes down, although many may think so. It is because the cravings for foods that you are 'addicted' to lessen and in fact, quickly disappear.

We tend to overeat low-nutrient foods, especially things like white pasta and white bread, because they provide quick energy (fast-releasing carbohydrates which are broken down into sugar by our bodies) and quickly spike up the blood-sugar levels, producing a feeling which many find enjoyable - a sugar-high.

Addiction to coffee and carbohydrates go hand in hand because both allow us to have several spikes of energy and focus throughout the day. Unfortunately this type of 'borrowed' energy also produces stress hormones and brings the body out of balance, leaving us exhausted at the end of the day, and ill in the long term.

And other stimulants, such as sodas, alcohol and cigarettes, which also provide 'borrowed-energy', add to the problem.

So certain cooked and processed foods are addictive for various reasons and the normal symptoms of hunger: belly ache, light-headedness and weakness, irritability, inability to concentrate, etc., have to do with these various addictions and are typically caused by, for example, sudden drop in blood sugar (caused by the sudden spike), caffeine slump, and body toxicity. Not to mention anything of additives, for example MSG which makes you want to eat more.

In my case, after about one week on raw foods (while drinking green juices, which help) these symptoms of addiction disappear and you get a feeling of real hunger instead. And real hunger is quite manageable. It is not an unpleasant feeling and it does not make you weak (in the short term). It is just a gentle reminder by your body (which is used to a daily routine you have trained it to follow) that it is time to eat.

So to answer my earlier question: that is why it is possible to eat very little, in fact it is easy to eat too little, while being quite comfortable.

But there is a second reason too: In the modern world we typically eat nutritionally weak foods. But, when you eat nutritionally dense foods instead, it seems your body actually gets satisfied quicker - it recognises that its nutritional needs have been met - and you get a feeling of fullness, your body signals that it is satisfied.

Important to keep in mind, however, is that you have to eat huge amounts of nutritionally dense foods (if they are low-calorie) as a small salad with your normal meal won't make a difference to your hunger!

[Later note: I noticed the reduced hunger during my green juice fast again. But as a general rule, I would say try two large bunches of greens (i.e. about a pint of green juice, which is mostly green but can include some apples or lemons) twice a day and see how that affects your calorie needs. Best to have this before meals, otherwise you will end up feeling too full and bloated.]

What is the right amount to eat, then, and should it be counted in calories or judged by feeling, or in some other way? I begun testing this idea during the 100-day raw food challenge and have been working on a clear answer since - this website will give you my full journey and conclusions on various trials, topics and questions related to raw foods and eating them on a budget.

Check the latest progress on ALL my trials here:
"My Raw Food Journey - How I Came to Know the Good Life"

What is the best, healthiest way to eat raw food on a budget? While I'm not yet permanently raw, I keep doing different types of raw food and juice fasting trials, and I have already made many realizations, which I write about in my raw food diaries:

I provide initial ideas on how to save money on a raw food diet here:
100-Day Raw Food Challenge, Raw Food on a Budget

For those transitioning to raw foods, I recommend first establishing a way of eating where you will eat some high-calorie cooked foods, to make sure your energy levels don't dip and you don't lose too much weight and become malnourished. For example:

Remember: While preparing food frugally, on a budget, it is still important to eat large quantities of raw foods, so as to keep your energy levels up.

Read also: How to Succeed on a Raw Food Diet

Book: Raw Food on a Budget by Brandi Rollins:

The recommended natural health books and summaries may be of interest too...

Raw Food Diet Benefits
How to Succeed on a Raw Food Diet
100-Day Raw Food Challenge, Raw Food on a Budget
The Sunfood Diet Success System by David Wolfe
The Joy of Living Live: A Raw Food Journey by Zakhah
Heal Thyself for Health and Longevity by Queen Afua