Research in the emerging field of Nutritional Psychiatry shows that there is a strong connection between mental health and a good diet.

"Clearly, there have been exciting advances in nutritional psychiatry research. The overall findings make it clear that nutrition matters in mental health", the Journal of Psychological Anthropology reports (1).

"In people with mental disorders [...] there appears to be involvement of chronic, low-grade inflammation, oxidative stress, impaired metabolism, alterations to microbiota and numerous other pathways that can be mediated by nutrition. In particular, there is currently much enthusiasm surrounding the potential of probiotics and prebiotics [...] as a means to promote positive mental health." (1) 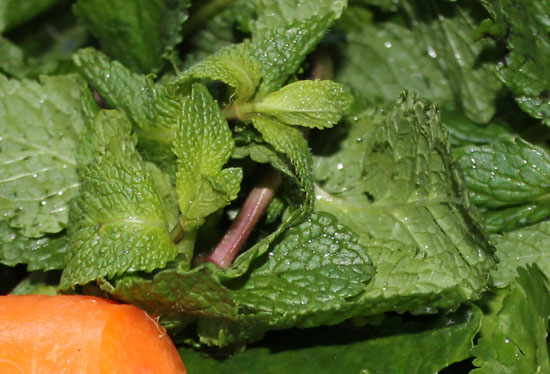 The authors, Alan C Logan and Felice N Jacka provide a summary of research findings in relation to dietary factors impacting mental health. They point out that the treatment outcomes from standard first-line antidepressants and psychotherapy interventions are far from being universally adequate and that especially the research of the impact of nutritional factors on brain function has suffered from scientific neglect in the past.

"Indeed, there is an increasing sense of optimism regarding the opportunities for the prevention of mental disorders globally." (1)

The Brain, Diet and Mental Health

"The brain operates at a very high metabolic rate, utilizing a substantial proportion of the body's energy and nutrient intake. The very structure and function [...] of the brain is dependent upon amino acids, fats, vitamins and minerals and trace elements. The antioxidant defence system operates with the support of nutrient cofactors and phytochemicals and is of particular relevance to psychiatry. Similarly, the functioning of the immune system is of substantial importance to psychiatric disorders and profoundly influenced by diet and other lifestyle factors. Neuronal [brain cell] development and repair mechanisms [...] are also highly influenced by nutritional factors." (1)

Logan and Jacka report the following findings, backed up by research data (1):

Please refer to the original article (1) for references to the relevant research papers.

The Problem of Urban Living and the Mismatch Theory

"Living in an urban environment, as well as global shifts associated with urbanicity, the food supply and food industry, climate change, food insecurity, overnutrition and underactivity, and an overall transition from traditional lifestyles have each been linked to increases in depression and other mental disorders. [...] The adjusted odds of experiencing an emotional disorder are 59% higher in urban youths vs. those in rural areas." (1)

Thus Logan and Jacka state that research findings related to nutrition are connected to some of the most pressing issues of our time. Among the non-communicable diseases (NCDs) mental disorders - major depression and anxiety in particular - have been described as an impending, global epidemic. (1)

"Global urbanization [...] is clearly linked to higher consumption of energy-dense, nutrient-poor foods and beverages. [Research suggests] that it is the highly palatable combination of sugar, fat and sodium that plays a key role in attractiveness of such foods." Logan and Jacka go on to explain how these so-called 'comfort foods' can be used to dampen the stress response of the body temporarily. However, research has shown that after 48-hours such foods have the opposite effect of increasing negative moods.

The idea of the 'Mismatch Theory' is that environmental challenges are colliding with an ancestral past that is still dictating human physiology - in other words: our bodies still function in a way that would make ancestral diets more suitable - than modern diets and lifestyle - for their function. The theory discusses a gap between the physical and mental needs of the human bodies, as determined by millennia of evolution, and the ability of the modern environment to help fulfil those needs.

"The ancestral immune system remains biologically well-adapted to preventing pathogen invasion, limiting acute infections, working with commercial microbes and assisting in programming the development of the nervous system. However, its ability to perform these and other functions, as it has done for millennia, may now have collateral damage in the form of allergies, asthma, autoimmune conditions and increased risk of neuropsychiatric disorders." (1)

"The recent evidence showing that unhealthy maternal dietary choices predict subsequent childhood behavioral problems is both groundbreaking and a source of optimism. It indicates that, despite the environmental challenges discussed earlier, things can be fixed." (1)

Interestingly, from my own raw food diet experiments it seems that improved moods were one of the clearest advantages of even a fairly short-term adherence to such a diet. I suspect the effect is to a large part due to the avoidance of processed and packaged foods during that time, and probably also to the higher micronutrient consumption and the lack of 'comfort-foods'.

In addition to the emerging field of Nutritional Psychiatry, research in the field of Orthomolecular Medicine has made the link between diet and mental health. The doctors of Orthomolecular Medicine highlight the importance of adequate mineral intake, megavitamin therapy, heavy metal detoxification and clearing food and chemical intolerances in treating even very severe mental problems. Links and references for further information are provided below.

In conclusion, the good news alluded to by Logan and Jacka seem to be that we can improve our mental health by eating a healthy diet with plenty of vegetables, fruit and Omega 3s; limited amount of meat; drinking plenty of water; perhaps supplementing with zinc, probiotics and vitamin C; and reducing technostress and nutrient-poor processed foods.

(1) The Journal of Physiological Anthropology: Nutritional Psychiatry Research: An Emerging Discipline and Its Intersection with Global Urbanization, Environmental Challenges and the Evolutionary Mismatch", 24th July 2014