These stuffed peppers are filled with quinoa, cooked in a specifically tasty way. Quinoa is a protein-rich, low-carbohydrate alternative to rice and it has a mild, pleasant taste. Just enough lemon juice is added to bring out the flavours more, and small pieces of chopped dates are included to add pleasant sweetness. Mushrooms, onions and butter contribute to a fuller taste, and another key ingredient are the peppers themselves - choose as tasty as possible variety. This stuffed pepper recipe is gluten-free, high-protein, high-micronutrient and low-carbohydrate. The recipe can also easily be varied to be dairy-free and vegan, if desired. 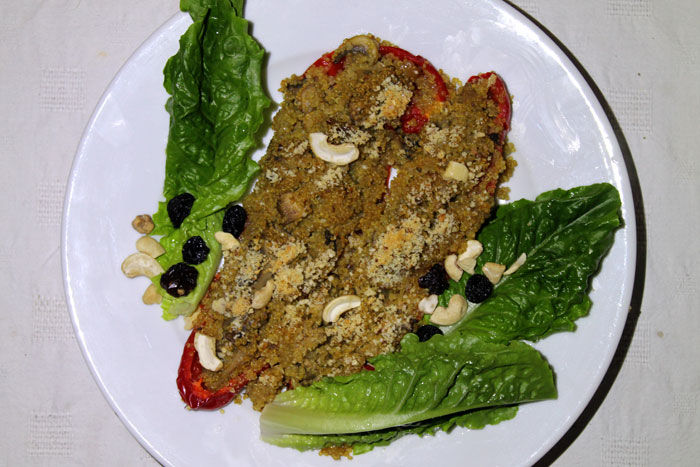 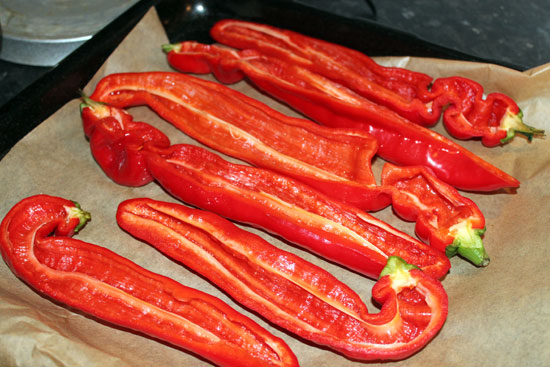 'Ramiro' peppers on an oven tray before stuffing.

Important for the Success of this Stuffed Pepper Recipe:

You could leave the red peppers a little uncooked so that they have some crunch to them, if you wished, but make sure that the quinoa dries enough in the oven. Taste if in doubt.

Don't leave out the lemon juice, as it brings out the flavours in this dish! Also don't put too much, you don't want to actually taste the lemon itself.

If you were rushing, you could skip the frying in the oven and just serve raw red peppers with the quinoa dish on top!

You could also leave out the mushrooms and just mix some raisins and cashew nuts into the actual quinoa dish, to save a little money and cooking time.

Variations on the Stuffed Peppers Recipe

Olive oil can be used instead of butter to make this dish dairy-free and vegan.

I recently decided to try to eat as little starch as possible, as I think it might be an addictive food and cause cravings for other unhealthy foods. I also recently found a way to cook quinoa nicely. So wanting to avoid even brown rice, I cooked up a nice quinoa dish and decided to use it as pepper stuffing. And it turned out quite well!