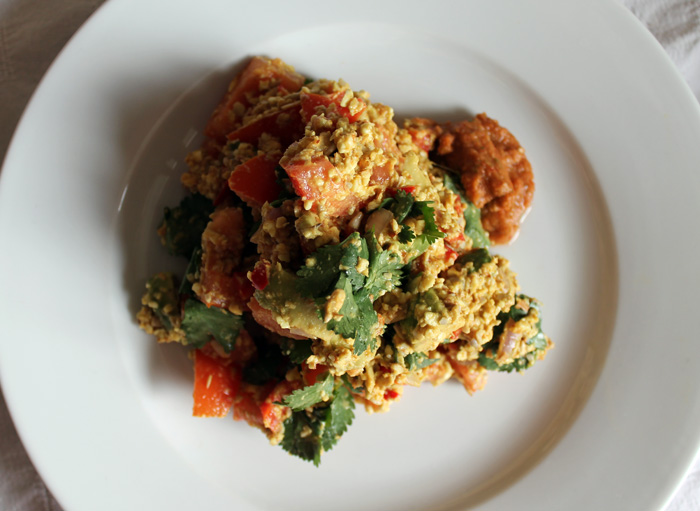 8.30am: Woke up feeling well-rested but ended up falling asleep again anyway. Woke up again at 10.30am.

11am: Had pancakes (as yesterday) for breakfast.

3.50pm: Had some apple slices with organic chilli peanut butter (not raw).

The Problem of Raw Nuts on This Raw Food Challenge

I've kind of fallen into this trap of easting non-raw nuts now because first I had some very expensive cashew nuts, then I kept having seeds and dried fruit, berries, superfoods and herbs even though I wasn't sure what temperature they were dried at. Then I had almonds, and emailed the company to ask how they were dried but received no response. And then I had cashew nuts, because I wanted to treat myself to raw pancakes, although I know that the cashew nuts are very unlikely to be raw. And since yesterday I have also been eating organic chilli peanut butter which is very unlikely to be raw.

A solution would be to cut out these unraw nuts from my diet but to keep eating the seeds and dried foods.

But since I can't afford raw nuts, I would end up cutting nuts out of my diet - which should be ok since I can still have small amounts of seeds, as well as avocado for fat sources. But my recipe options will become quite limited during this raw food challenge.

However, I also ran out of olive oil now and I'm not sure if I should buy it again since I read from Udo Erasmus' book how healthy olive oil should be made.

So the best raw food diet, going forward, for me would seem to be no oil and no nuts, unless I can source some that are definitely raw. It will be quite a strict diet but I will try... Not too many calories from fats or sugar, but plenty of micronutrients and protein on every meal.

It does seem that the nuts cause mucus, by the way, and I suspect that it may be because they are not very good quality nuts, and possibly very old as well.

I feel quite good today, quite normal, although my nose feels a bit blocked. Perhaps I feel better because the detox is slowed down by eating more fats and/or because I've been taking liquid amino acids, as well as wheatgrass powder, which enables me to get a more complete range of amino acids. (I suspect I wasn't getting enough of these earlier on this raw food challenge.)

I did some research and found out that the following are plant-based 'complete protein' sources:

* Note: Especially threonine, lysine and methionine tend to be lacking in vegan foods.

The debate between 1) the meat eaters, e.g. paleo-dieters, nutritionists who recommend very small amounts of meat, etc. and 2) vegans, raw foodists and vegetarian activists, doctors and gurus - is running wild. So I decided to collect the main reasons I could find why people claim we need to eat meat. After this list I will comment on whether this is something to worry about during this raw food challenge.

* Note that it has been claimed that although creatine can be synthesized by the human body (from glycine and arginine) but has been shown to be lower in vegetarians. It has been associated with asthmatic symptoms and some people have allergies to it. 5-20g per day as a supplement has been claimed to be safe, although about 50% of the supplements have been found to have contamination in them (e.g. toxic creatinine). It gets eliminated from the body every 3-6 hours so needs to be taken throughout the day. 5g per day seems to be a typical dose - take before workout and after to improve muscle strength and sports performance.

Most of the points above have been disputed by plant-based diet advocates.

B12 has been shown to be often deficient in meat eaters too, and it comes down to how good stomach acid you have, whether you can get it from food or whether you need to supplement. Of course vegans have to be much more careful in checking these levels, but there are food sources that vegan can get B12 from, e.g. nutritional yeast, some fermented foods such as kimchi, certain seaweeds and fermented soy products. If you eat plants straight from your garden without washing, you can get B12 from the soil too!

Other B-vitamins are abundant in plant-based foods, e.g. berries, and the rest of the nutrients can be quite easily derived too. But of course it would be sensible for vegans to test for these nutrient levels regularly and ensure a varied-enough diet.

As far as omega 3s and other essential fatty acids are concerned, I understand that they are mainly needed to reduce inflammation. But there are countless other ways of reducing inflammation as well, one of those being a low-sugar, no-grain diet. The latest indication seems to also be that plant-based Omega 3s (ALA's for example from walnuts and flax seeds) is equally beneficial as fish-based Omega 3s (DHAs and EPAs).

Regarding creatine - there are vegan body builders and athletes who are strong enough - so I suspect creatine itself - though it may be helpful - is not necessary.

All the points for meat eating that I know of can be countered by vegan advocates. But even then, it may be that some people find that despite all the theory, in practice they find it better for their health to eat meat - for one reason or another. Or perhaps it is sometimes needed as a transitional tool when transferring to a healthier diet.

Even if humans ate meat in their ancestral past, it may be that our body is adaptable enough to be able to thrive while consciously evolving to eating less animal foods. Whether this is possible or not could also depend on each individual.

I have some chest pain, probably due to the sugar in the pancake earlier (possibly made worse by the high fat diet today).

Feel good this evening. I feel more 'grounded' or 'stable' anyway now - probably because I've been having protein on every meal whereas before I wasn't.

Even though I treated myself to some dates and maple syrup today and last night, I don't have any signs of blood sugar problems, apart from a slight uncomfortable feeling in the chest occasionally. But no red face, no anxiety, no fatigue, no achy arms and legs, and no cold symptoms. This is a clear sign that my body is getting stronger during this raw food challenge. It is crucial to continue eating low-sugar, though, at least for a while, since I can say from past experience that the sugar intolerance problems will come back otherwise.